My next planned blog was going to highlight the shifting content strategies of the major sports portals. It seems that after a decade of imitating ESPN, major players like CBS, NBC, AOL, Fox, and Sporting News have started to embrace new content strategies that veer away from the pre set course that ESPN.com has pioneered.

While there have been multiple subtle but impactful developments involving those companies, SB Nation and Bleacher Report are making the most waves of late as both have recently announced flashy hires on the heels of raising large venture rounds reported to be $10.5 million for each company at mid-high 8 figure valuations.

The move has been generally well received although many in the blogosphere have made it a point to voice their skepticism that this will not actually address the lower tier of content the site produces. In the last year 8 months Bleacher Report has moved to an application process, removed writers, and has made the move to compensate writers and other content people on the newsletter side.

Kaufman’s hire seems to reinforce the commitment to high quality content as Bleacher Report’s content helps fill out coverage on sites like CBS as well as many sports sections for various newspapers.

Although Kaufman’s role seems to focus on the development of high quality content, he seems to have also embraced the role as reputation defender of the company as he’s active on Twitter looking to turn the sentiment about Bleacher Report around. Up until now, criticism of Bleacher Report has largely been ignored or to some degree swept under the rug. Kaufman and others at Bleacher Report are no longer looking to turn the other cheek when confronted about some of the questionable content that the site produces as well the what many consider their unfair SEO advantage which has been termed “Google Raping SEO”.

I think while many respect Kaufman and what he’s doing at Bleacher Report, there is still some concern that his hiring only addresses one end of the Bleacher Report content spectrum. Time will tell if lower quality content can be better filtered off the site and if Kaufman can change the content brand of the company by helping develop a deeper and more potent front line of content producers.

For now the consensus is that there a lot of work to be done and maybe more than Kaufman realized he signed up for.

In the other major development, Rob Neyer left ESPN and landed over at SB Nation in a move that seemed to feel like the sports blogosphere equivalency of “The Decision”. But Neyer’s move didn’t suffer the same fan reaction as James as his move to SB Nation has been largely embraced as a massive win for sports blogs while also serving as a jarring kick to the balls for ESPN.

It’s not exactly clear what unfolded at ESPN in regards to his departure. Neyer’s contract expired and I’ve heard ESPN didn’t renew it, which seems almost unbelievable given his reputation and following. If you read Neyer’s opening post on SBN, he makes no bones about feeling out of place at ESPN where the audience was dismissed/ignored and the revered writing talent was above reproach from criticism. If you don’t want to read his post (SBN is actually down for maintenance right now too), this clip from Revenge of the Nerds is an accurate portrayal of his post.

Most likely it was a mutual decision as Neyer was looking for change either internally at ESPN or via a new destination. If there is one thing ESPN dismisses more than their audience, it is change and when a new agreement wasn’t reached, Neyer was quick to find the loving arms of SB Nation.

The move is significant on many levels including:

– The baseball blogosphere is by far the most mature of any sport. Neyer has been a revered forefather of this space and inspiration to many of the biggest thought leaders. His addition to an already strong network of baseball sites, cements SBN as the leader in original MLB content.

– While there are some impressive voices that have helped build up SBNation.com, Neyer is signature addition to the site that will boost SBNation.com’s audience, relevancy, and mind-share.

– ESPN has lost one of their most renown writers.

– ESPN is left in the lurch in regards to the wildly popular SweetSpot blog and team blog network.

– While in the past there has been some ad sales talent to leave ESPN for the likes of sports startups, I don’t think we’ve seen a content person depart The Worldwide Leader for a startup.

The reaction at SBN has been exuberant as the company’s early roots were in baseball. Privately I’ve never sensed the guys over there as prideful as they were with this development and that says a lot considering the many milestones they’ve reached over the years. I would liken their swagger right now to The Situation after a hearty post drinking meal and subsequent sexual conquest. 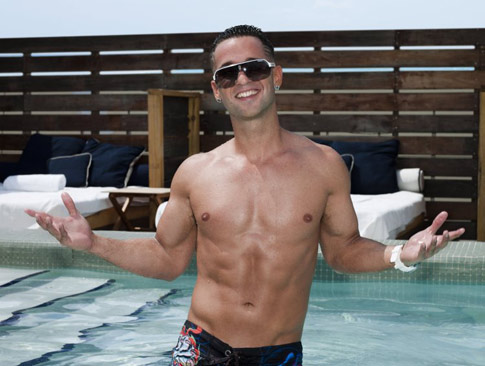 ESPN is apparently “close” to naming a replacement and have been allowing SweetSpot network members a chance to guest post until the void is filled.

If you recall, the SweetSpot Network was Neyer’s creation and something I was vehemently unsupportive of. I was pretty tough on Rob and even followed up with another critical piece when I discovered that various ESPN network writers were now being bypassed for ESPN advertising efforts in favor of non affiliated ESPN blogs.

I will say though that while I standby everything I wrote in those posts, it is hard to determine where the fault goes between Rob Neyer, Henry Abbot (his NBA counterpart), or the clueless suits who put another bagel on the board by letting Neyer get away.

I can admit my criticism of Neyer was harsh and that a good deal of it could have been more targeted to the old media zealots who have their finger prints all over the current network models that offers minimal value to external content producers who are getting a raw deal.

Neyer’s departure and subsequent rallying cry at SBN (who I’ve long considered an ally and not a foe), does a lot to repair my opinion of him and his potential role in the structure of the SweetSpot network.

The network model has already imploded their college network of sites as only a fraction of sites remain affiliated with ESPN instead opting to move towards independence, Scout, Rivals, or new upstart 24/7. The NBA sites have been ESPN’s lone success although I’ve heard some sites are growing weary of the lack of flexibility in terms of compensation, ability to sell advertising, and lack of choice in terms of implementing ticketing and apparel partners.

SweetSpot right now is in a precarious position. Under a full year of stewardship under Neyer, the network was never able able to fill out a full roster of sites, was rejected by many target sites, and now has more than a handful of either defunct or low quantity content sites. Below is a snippet of what I sent the higher ups at ESPN as they started their misguided foray into building a blog network over a year ago.

“If bloggers continue to find themselves in inferior competitive circumstances due to affiliating themselves with ESPN, you’re going to find future advances in the sports blogosphere more difficult with less goodwill from the general blogging community and more writing talent already in exclusive relationships.”

It is not really clear how much of Neyer’s decision to jump to SBN was because of ESPN’s lack of support of the blog networks or his unhappiness with the effort. Given the perfect hire, I don’t think ESPN will be able to keep the network afloat.

I would imagine the person they do bring in will be more based around writing pedigree and reputation with added bonus points for anyone who has aspirations of building/maintaining a blog network. Honestly though, there is a lot of work to be done and this is a job requiring 2 roles where candidates interest and strengths just won’t overlap much.

Network members I am hearing from are pessimistic at this point. Many got involved with SweetSpot, solely because of Neyer. He’s gone, no contingency plan has been unveiled, and their is a lack of faith ESPN will make the network a bigger priority under new management than it was before. Meanwhile some members are hoping to reunite with Neyer at SBN and we’re also hearing from some folks who are skittish with the current state of affairs.

I’m probably throwing dirt on the network prematurely though as I also have a similar Situation’esque shit eating grin on my face thinking of some of the more intense philosophical butting of heads I’ve had with the folks at ESPN.

At the end of the day Neyer made a career choice and it is one that reverberated around the sports blogosphere. Even if the SweetSpot Network does wither away, I think the statement that Neyer made and the perception for sports blogs compared to the mainstream media will far outweigh any harm that the affiliated site endure.

Speaking to one higher up at SBN, he was beaming proud that Neyer’s move signaled the true validation of a fan empowered media entity. I certainly concur with that enthusiasm although inroads and major developments like Neyer’s unexpected move will have to happen in bunches before fan empowered media begins to cobble way at ESPN’s dominance. At a very least though it’s moves like these that may begin to flush out the dismissive nature of ESPN’s media strategy and decision making process.

I once met with someone who had decades of experience working with ESPN who told me “ESPN doesn’t think it’s a good idea, unless they came up with it”. Almost a decade into the rise of sports blogs, the saying continues to hold true in regards to fan perspective, feedback, and engagement. While you’d like to think that maybe ESPN is beginning to realize the opportunity they’re losing out on, I think it’s safe to say that the continued growth of the company across the board doesn’t necessarily instill an urgency for change. “If it’s not broken, then don’t fix it”. Neyer leaving ESPN is symptoms that while although not broken, their strategy is flimsier than ever before.

As ESPN begins to field more competition from the likes of the big boys (Fox, Comcast, CBS) as well the upstarts below (SB Nation, Bleacher Report, and why not Bloguin), I think it is likely that the dominance of ESPN will start to erode. Neyer’s departure coupled with the recent announcement that the unpopular Stephen A Smith is returning to ESPN, serves as a strong indication that change is nowhere to be found on the horizon.