Over the past year, online local sports audiences has escalated from a competitive hobby for media companies into an emerging front line of trench warfare. As ESPN expands their local aspirations with more regional hub sites, regional sports networks like Comcast SportsNET, Fox Sports Net, NESN, and MASN have felt some urgency to expand and fortify their online offerings. This may be in hopes of fencing off future ESPN forays into local markets or maybe even hoping to discourage ESPN entirely from entering certain local markets.

It was about a week ago, I ventured over to CSNBayarea.com to give it a once over. They’ve been heavily promoting their site and some of the big names they’ve added to their team during broadcasts of local games and I wanted to give the site a more thorough look. CSN Bay Area is one of a handful of former Fox affiliates who have switched affiliations over the last couple of years.

At first glance I was modestly impressed by the layout, content, usability, etc, but what really caught my eye was this widget below.

If you click around more, you’ll find team widgets for SB Nation also populating the team pages. A quick glance at other CSN sites confirmed this wasn’t an one-off arrangement with similar SB Nation promotion occurring on other CSN sites. In return CSN hub sites get promotion on SB Nation sites that are part of CSN’s regional coverage. SB Nation has had a banner year working these syndication agreements as you can see below.

SB Nation certainly is offering great return value with these linking partners but most likely another contributing factor to these agreements getting done can be attributed to the warm relationships in place between these larger media companies and SB Nation’s CEO, Jim Bankoff.

I wanted to wait until some formal press came out about this partnership as I often do when I stumble upon some news in this niche (maybe I should have a premium subscriber breaking news option?) and didn’t have to wait long to read about it in this week’s Sports Business Journal.

SB Nation’s bloggers will appear on Comcast SportsNet’s TV shows and local websites through a content-sharing deal recently signed by the two sides.

Each operation will carry the other’s breaking news and analysis in the markets where they operate together, including Washington, D.C.; Philadelphia, Chicago and Northern California. CSN talent also will appear in some SB Nation blogs.

The two outfits will roll out an extensive cross-promotional partnership in other markets over the next year. CSN has locally based digital news operations in eight markets, including Boston and New York.

The article also noted that no cash is involved in this partnership and both entities will continue to sell its own ad inventory.

On the outside this doesn’t look like much of a development but I am sure other insiders will tell you this is significant move by both companies.

Fox Sports has been shedding regional affiliates, Comcast has been adding them, and SB Nation’s reach has grown considerably. Meanwhile ESPN has leveraged their multi platform promotional abilities to let the whole world know that they are getting into local as well.

Newspapers and sites like Examiner.com and Chicago Now are packed with content but still low on reach and with mild traction and expertise selling digital local inventory.

ESPN in a way is creating buzz, demand, and awareness about this space which will likely become a mature industry over the next couple years. If it weren’t for ESPN going the local route, I think you’d see a much more paced call to arms on the local sports digital front.

My first thought is will Comcast actually put bloggers on television? If so how often will we see that or was it more just high level hyperbole?

The other striking thing that stands out is this really strengthens the relationship between Comcast and SB Nation. If you recall, it was Comcast’s capital arm that was the lead investor in SB Nation’s last round of investment.

While nothing has happened between the two companies since the investment announcement (almost a year ago), Comcast has really been busy in the sports space. 2 months ago they purchased The 700 Level to anchor blog style coverage for Comcast SportsNet Philadelphia. Comcast has also been very active and somewhat creative in looking to grow Versus to become a more viable competitor to ESPN. 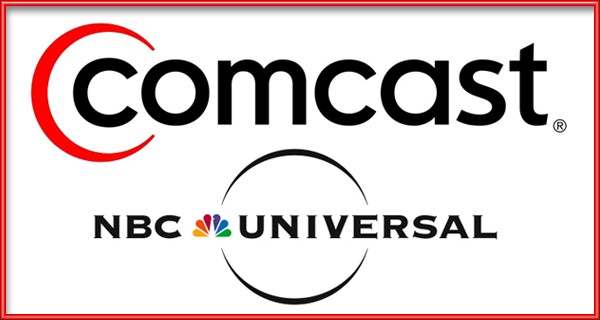 The big move though was acquiring NBC Universal which would give them a broadcast channel in NBC with sports offerings to further cross promote Versus and digital offerings. NBC also bought Pro Football Talk and has launched similar blogs for other sports similar to Yahoo Sports Blogs. If the  acquisition passes through regulators Comcast would  essentially have an equity stake in SB Nation (working closely with CSN now), more than a handful of RSN’s broadcasing a multitude of live pro sports games in different markets, Versus and NBC who both share NHL hockey rights, some big name blogs like Pro Football Talk and The 700 Level, and a lot of legacy broadcast rights from NBC in addition the well liked Bob Costas (put me down for a man crush).

It’s not hard to envision the SB Nation- Comcast partnership setting the groundwork for bigger things down the road especially if The 700 Level and Pro Football Talk moves are deemed to be successul ventures for Comcast/NBC.

I think the most logical next step would be a sales partnership between SBN and Comcast. Next time you catch a ball game on a local RSN or even just sports talk radio, keep a keen eye or eat out for for how many local advertisers are buying ad inventory.

Maybe its a car dealership, a local bar and grill, a limo service, hotel, etc, but these local companies look to connect with sports fan during television and radio broadcasts of local teams. At some point they’ll begin to get more active buying online, but how natural/easy would it be for a Comcast sales representative to just utter the words “Would you also like to buy some ad inventory on CSNBayArea.com as well the largest _insert team___ blog on the web?

Local advertisers are calling local radio and television stations yet online publishers no matter how localized aren’t really getting a steady flow of those calls. I am proud to say Bloguin has actually booked a pretty substantial amount of revenue the past couple of months on the local front, but its still nowhere at the level it will be in a couple of years as these advertisers get more savvy to online.

With Yahoo being another strong candidate for a SB Nation acquisition, you have to wonder if they’ll throttle the acqusition pace down a bit after picking up Citizen Sports and Associated Content. Another school of thought is that they’re really embracing the idea of being a media company and their strong position in sports doesn’t rule out an acquisition just because of the recent acquisition spree.

Regardless, Comcast now imo becomes the heads on favorite to acquire SB Nation or probably more likely in the short term, double down with an unique sales partnership. While Yardbarker works with Fox and CBS works with Bleacher Report, you’d think SB Nation is thinking more about local advertising at this point more than national display.

On the flip side often things don’t come together as planned. It was only a 4 years ago when Fox was riding high after buying Scout, College Football News, holding various RSN college football rights, and procuring the BCS broadcast rights. That didn’t exactly work out as planned.

Either way its another positive step for sports bloggers and one that down the line could be pointed to as a pivotal development as larger media companies continue to snuggle up to the sports blogosphere.