Early this morning, The New York Times reported that general sports and gossip blog, The Big Lead had been acquired by their ad sales partner, Fantasy Sports Ventures, or as most people refer to them, FSV.

The Big Lead, an independent blog that Jason McIntyre began as a hobby, is fixated on sports media, news and gossip. Along the way, it has built a devoted, if not huge, social media following.

Now, a buyer has established a value for the blog by acquiring it for a figure in the low seven figures…..

The Big Lead is in some ways a tamer, cleaner version of Deadspin, the occasionally ferocious, often ribald sports Web site that is owned by Gawker Media, and also fascinated by ESPN.

It’s funny because I actually was told this information by someone at FSV but didn’t know the actual publisher in question. I almost dismissed the possibility of it being big news just because of how nonchalantly it was brought up and perceived the news to be more minor and involving some type of influential niche publisher and not a mainstream well known entity like the The Big Lead.

Fantasy Sports Ventures has been a bit quiet the past 9 months but that’s not to say they haven’t been making a lot of progress. They run the Fantasy Players Network, a collection of hundreds of websites that they run advertising programs for.

Many companies are in this business, but FSV is distinct in a couple of ways. Foremost they’ve seemed to tilt their publisher list mostly towards fantasy sports sites in addition to having a dozen or so properties that they have acquired over the years. Most vertical ad networks/rep firms, have shied away from buying publishers but FSV has made this a strategic point of emphasis and has a lot of capital allocated from their funding from Gannett just for this purpose.

FSV is also quite a bit larger than some of its startup brethren in terms of overall audience size across the network (15-17 million Comscore), reported revenue (8 figures), and size of sales team (double digits). Also the company is based in New York City with a lot of its team coming from the NFL and other mainstream league and media companies, a stark contrast to other vertical ad networks.

The Big Lead had over 3 million page views a month with somewhere around 500,000 unique visitors although the article didn’t provide a number. The article doesn’t cite a fixed acquisition price but indicates its low 7 figures so I’d say you’re looking around 2 million bucks.

Although The Big Lead at times was a polarizing website, it was definitely a top 5 general sports blog in terms of audience, community interaction, content, and influence. You can argue that Deadspin being a part of Gawker and AOL’s Fanhosue would probably give the crown to the The Big Lead and Sports By Brooks as largest independent General sports blogs.

After a pretty quiet albeit successful 2009, FSV emerges making a big splash with this acquisition as they’ve been seemingly more focused on fantasy news and not as much sports blogs. It remains to be seen how this changes things for them going forward but its definitely a bold move that adds more momentum behind sports blogs.

2009 closed out with a bang as AOL and NBC added some known sports specific sites. In fact, NBC’s web strategy is now centered around mirroring the success of Pro Football Talk. EDSBS was acquired by SBN which has seemingly only empowered Spencer Hall to craft dynamic content/shenanigans/debauchery like only he can. 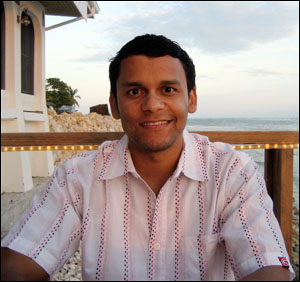 2010 has seen The Basketball Jones join the The Score and The 700 Level gobbled up by Comcast Sports Net. Suddenly the idea of individial blogs profiting with real exits, doesn’t seem so crazy. A year ago there just wasn’t a precedent for this, now its slowly becoming a trend for larger media companies.

You have to wonder what’s the next domino to fall and what other buyers are going to make a bold move now that a handful of companies have taken the plunge.

Congrats to Jason and the team for making this happen. I am sure its been a lot of sweat equity, long nights, and blurry eyes. Also some great timing as Blogs With Balls this weekend will have even more fodder. Speaking of, be sure to say hello if you’re a reader or just an attractive female stalker (my mom would prefer if you were Jewish though FYI).