There was a day and age (2005-2008) , where investors, entrepreneurs, and major media companies salivated at the idea of creating online media entities looking to capitalize on these two major trends:

– More and more people were spending their time online.

– More and more advertisers were shifting their advertising budgets to online.

The list of startups that were created with this in mind is stammering.

But then something happened. Below is a visual representation of the sudden shift (can’t believe this is what I am going with here). 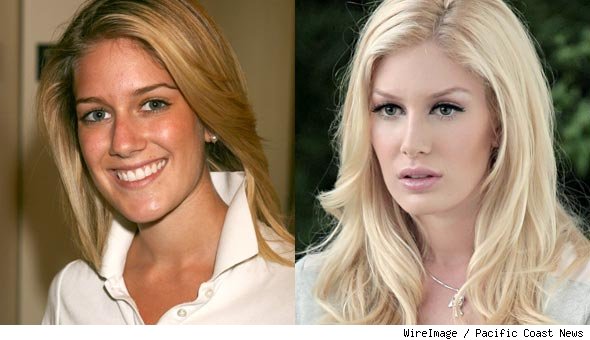 Digital media companies were seen as young, exciting, up and coming companies with lots of potential and room to grow.

But as ad budgets got cut, venture money disappeared, the field crowded, and some of these companies strayed away from technology and innovation the rosy outlook turned ominous.  The new perception was that they were too vain, high maintenance, desperate for money and PR, unhealthy, and overly inflated.

2009 was a tough year and many companies had to change direction, downsize, refocus their business, and in some cases go out out business.

Fast forward to today though and it seems digital media companies are coming back and in a big way.

As AOL pushes all in with their content strategy, Glam Media mobilizes for a possible IPO, The Huffington Post looks to pass The New York Times, and Demand Media shoots for a billion dollar IPO, big news came out today that only reaffirmed Digital Media’s comeback.

Yahoo announced its acquisition of Associated Content to the tune of $100 million and Tsavo Media got swooped by CyberPlex for $75 million.

Associated Content is a hub site that publishes content from a network of freelance journalists who get get a revenue share of content produced. Tsavo Media which launched less than a year and a half ago is a collection of themed websites and blogs who was aggressive in M&A and now finds themselves with a very impressive exit.

All of this bodes well for the pack of startups hungry to find an acquisition. Frankly speaking I think the recession has ate away at the stomach of entrepreneurs who in better times may have been more steadfast in staying independent for longer.

With positive signs spanning across ad networks, content farms, as well as content/platform networks, there is certainly a second wind of optimism that indeed digital media may be worthy of the buzz and hype that was bestowed upon it in the middle half of the prior decade.

I’d look for movement on this front while keeping an eye on AOL and Yahoo who seem to be really putting the foot down on the accelerator on this front. In the sport’s world some interesting things could shake out in 2010 for Bleacher Report, Yardbarker, SB Nation, Bloguin, and even individual niche blogs as companies like Comcast (owner of Versus and soon NBC), Fox, ESPN, Yahoo, CBS, and AOL look to bolster their online offerings. Also traditional print outlets like Sports Illustrated and Sporting News have hinted of having some interest on the M&A front, although its probably more of a long shot at this point.

Either way the old saying “Content is King”may end up proving true on the new frontier of online.