Yardbarker sold, Fanball shuttered their blog network, and now SB Nation just spiked the ball in the end-zone after bringing in a very significant round of funding, reported to be $10.5 million. In conjunction with the funding, SB Nation announced they acquired Sports Radio Interviews.

The round was led by Khosla ventures, another top tier VC who joins with Comcast, Accel, Allen & Company, and Ted Leonsis as investors in the company. I am a bit late covering this news so below you’ll find some solid coverage from the usual suspects.

I think the real point of emphasis should be on the implied valuation of the company. It was over a year ago, when SBN raised their B round with a valuation of $30 million, bringing in $8 million to help the company grow. At that time, SBN was riding a wave of momentum and while the $30 million valuation was very impressive, it wasn’t exactly uncharted waters. In fact at the time, you could argue which company was the lead horse in the pack of sports 2.0 startups of Yardbarker, Bleacher Report, Citizen Sports, Watercooler Sports (now Kabam), FSV, maybe even Open Sports, and SBN.

Fast forward a year later and Yardbarker sold to Fox, Bleacher Report is plugging along but drawing the ire or many, Citizen Sports sold to Yahoo, and Watercooler Sports has largely vacated the space and essentially pivoted to join the ranks of Playdom and Zynga. Meanwhile reports have SBN’s new valuation at a whopping $60-90 million. Sounds too rich to many, but they’ve 2-3x most of their metrics if not more, so its pretty easy math to get them to that number.

$23.5 million in capital raised and a valuation over $60 million and what you are looking at ladies and gentleman is a company that is likely to sell for 9 figures. While that’s not unheard of for a startup by any means, for a digital media company you’re in rare company and for sports the only other 9 figure acquisition on the board is Yahoo’s acquisition of Rivals. While I self admittingly will cheerlead any development in this niche space, this one is by far the most impressive feat to date.

A lot of this growth you really have to attribute to their CEO, Jim Bankoff, who joined the company a little under 2 years ago. The concept was right, the writing talent was distinguished, and the technology was ahead of the curve. However Jim’s been really able to open up doors for the company that has vastly accelerated the growth of the company. 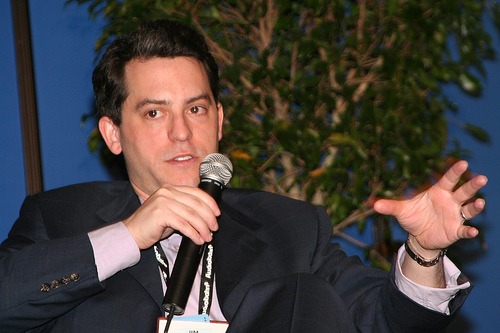 From syndication deals, the capital raised, small but potent acquisitions, smart hiring decisions, and developing their own advertising sales force, Jim has really positioned the company for success and more importantly has grown the scope of the sports blogosphere albeit with the help of an arsenal of proprietary in house engineering and a new wave of content providers.

Jim’s also done a good job positioning the company to the public. Multiple times over he’s articulated how the company taps into three emerging trends in technology in social, local, and real time. SBN certainly meets the criteria for all 3 which certainly helps its appeal to investors and potential acquiring companies who want to get more active on these fronts.

For instance some venture funds maybe looking to invest heavily in one or two of those categories and by being able to claim all 3 trends, SBN is able to start their fundraising process with a bigger pipeline of potential investors. On the acquisition side, you could say ESPN does have a local strategy but really does not offer any substantive efforts on the real time and social fronts, making SBN a viable target for them although I’d probably give you 100-1 odds that ESPN would ever make such a move.

Another way to look at SBN’s attractiveness is it could be classified in 3 different segments: media, online advertising, and technology.

Yardbarker and FSV/FSP/Big Lead Sports sell ads, but they really don’t have a lot of proprietary technology  like SBN who is known for their platform and infrastructure.

For long periods of time companies like WeBlogs, TechCrunch, and Digg, were definitely media innovators, but they didn’t sell their own advertising making them dependent on others for revenue. SBN’s latest round of funding saw them cut the chord there and make inroads with media buyers.

Then there are companies like Automatic/Wordpress, Tumblr, Posterous, who are technology companies who don’t dabble as media companies or in online advertising.

By building their own technology (no easy task) and getting traction with their own ad sales team (even harder), SBN has morphed into a triple threat one and one that warrants the lucrative valuation placed on the company.

At this point if the company is truly operating near a break-even point, the cash on hand will likely take them to their probable exit who many believe will ultimately be Comcast although Yahoo and AOL also are distinct possibilities. The upward movement in their valuation also dictates a much different exit process for the company as well.

With their current valuation so high, certain companies may now find themselves priced out of making a legitimate offer. Also the level of buy-in and people who will have to support an acquisition of SBN rises along with the price as a year ago it could have been considered a modest play for a large company. At 9 figures it’s a deal that is likely that is going to be looked at a larger amount of people and a deal that a public company will have to articulate the case for as investors and board members will be taking a harder look.

Although an IPO I think is still highly unlikely, at this point I think it enters the realm of possibility although its more like the Niners winning the Super Bowl with Troy Smith at the helm (I’ve already booked my flight).

I know a lot of people have been asking me my thoughts on how this impacts my company Bloguin. There is an old cliche that when anything good happens to your competitor (something that you’re a bit jealous of), a CEO can just say “This move really validates what we are doing,” a comment that can reassure any eroded lack of confidence.

In this case it actually applies and I still contend SBN and Bloguin barely compete. First off, I am very friendly with the folks there including Jim. Second is that our companies share writers, advertisers, and community members. The third thing is that right now there are investors who lost out on the opportunity to invest in SBN and there are media companies who know the ship has sailed in terms of finding ways to partner with SBN.

As other blog networks have folded and countless others can’t get off the ground or find reasonable levels of stability, Bloguin has emerged as a viable option on many fronts and is currently rolling out a lot of marquee sites and improved technology. Couldn’t find a way to work with SBN? Yeah that Bankoff sure has a crowded inbox. I am sure it can be like getting into a club with a bunch of dudes wearing wifebeaters ;). You can probably get a corner table and bottle service if you find your way to me.

We’re hitting our stride and while it feels like we’re losing ground to SBN, they are seven years old with nearly $24 million in venture capital. At our 2 year mark, I think we’ve actually outpaced them. This is certainly their day and I almost feel guilty for going on this tangent, but I think you just have to realize that their 5 year head start has us running on different laps. They’re setting a blistering pace and that’s great because it gets a lot of people excited and paying attention.

While some are insinuating that this big news casts what was once a scrappy startup into a stiff corporate entity, I think its really the coronation of a lot of hard work, smart moves, and good ideas. 2010 has been a crazy year on many fronts and my money is that 2011 will see even more big news for sports blogs. Kudos to the guys and gals there for all their hard work. Its certainly a very noteworthy accomplishment.