It was a little over a year ago I wrote about The Basketball Jones getting acquired by The Score, a Canadian Sports Television Network. Many think it was somewhat of a landmark milestone for sports blogs/podcasts.

For those of you who are unfamiliar with The Basketball Jones, I’ll quote something I wrote in my first article, although watching their demo below is probably a better way to go.

For years these two friends and former classmates would wake up at the crack of dawn and record a podcast about the NBA. But it wasn’t just a podcast, it was clearly much more as the two really put attention, research, and at times perfection into every nuance of the show. After a couple years, they moved to video all the while building their audience along the way.  The show was comical, the rapport between the two was perfect, the production quality was high end, but most importantly the commentary was right on and very entertaining.

It was great to see the pair make the show a full time venture and joining a major media company. Matt Osten and Jason Doyle, the team’s behind the camera production, editing, and management team also joined The Score in a major hat tip to their role in the show’s success.

I actually did a little work with the guys when at Yardbarker and some marketing/sales stuff for them directly so their absorption into The Score was something that personally I felt a very small sense of pride in.

But now reliant on a major media company to take them to the next level,  I think a lot of fans were concerned about the implications of no longer being independent.

Fast forward to the leadup to this year’s NBA season, and The Basketball Jones came out with a flurry of major announcements that include:

– They’ll have their own weekly television show. Yes….TV..typically surrounded by couches, coffee tables, beds, and groups of people. (promo below)

– They’ve added Scott Carefoot, Holly Mackenzie, and Megan Wilson to augment content on their new blog which will help be an anchor of all things Basketball Jones.

To put this in perspective, what was a 2 man on air team with the help of 2 friends on a shoestring budget, is now on television, the radio, and apparently hiring writing talent away from a company with a market capitalization of nearly 22 billion dollars. That’s just amazing, and you can read more about their story in this great article.

Lucky for me I was able to get Tas Melas and Matt Osten to share some insight into their success with The Score thus far. Below is their interview as well as some fun doppelgangers.

It seems people are always skeptical of media websites being acquired by mainstream media companies. In the end, how did you guys become comfortable with the idea of working within a larger organization?

Well, we did a pretty simple cost-benefit analysis: Stay independent, make little-to-no money, spend most of our time on our paying jobs and very little time on TBJ, overwork ourselves, put out an inferior product, and eventually kill each other vs. joining a mainstream company, making a living wage, and being able to focus 100% of our energy on making the best show possible. Once we put it like that, it was a pretty easy decision.

A lot of the skepticism of “selling out” comes from the belief that a mainstream company will, by default, harm an independent show. Our experience at The Score has been really positive in the way they’ve allowed us to keep our creative freedom. They’ve basically said: “We like what you did before you got here, so keep doing it.”

A lot of blogs aim to make it a full time venture through advertising and sponsorships all while also being their own boss. The Basketball Jones is one of a handful of blogs who have found an alternative route to success. Do you have any thoughts on the value working with media company can provide opposed to staying an independent entity?

I think we were in a different situation than a typical independent blog which usually has one writer. Being a video show, we have a lot more expenses (cameras, audio equipment, lights, server space, video hosting services, etc…) not to mention that we’re four people. Trying to do it independently just wasn’t feasible for us.

Working with a media company provides value for us in two major ways: resources and distribution. The Score allows us access to both physical resources (like video equipment) and human resources (like a Graphics department) that help us execute our ideas in the most professional way possible. We also get to use their distribution platforms like television, satellite radio and mobile apps that were unavailable to us as independent producers.

You guys has a flurry of big announcements this weekend. Adding Trey Kerby, a TV show, radio show, etc.  How much of this could have been accomplished independently? Walk me through how some of these big changes materialized?

Adding Trey happened because we wanted The Basketball Jones to be more of a full service blog where people could get videos and articles. Every week there was a bunch of stuff happening in the NBA that we couldn’t cover because certain stories didn’t lend themselves to video. Trey was a great fit to be the head writer because he shares our sensibility and approach to covering the league. He’s also really funny and we get along great. We’re also really lucky to have contributors Scott Carefoot, Holly MacKenzie and Megan Wilson on board to add their own unique perspectives to the blog.

The TV show is something we pitched to The Score. We wanted to bring the Jones to a new audience that may not be used to watching video on the Web yet. Being on TV will also allow us to do more with NBA footage and highlights which will be a new challenge for us.

The radio show is our daily web video show that will be repackaged by Score Radio and aired on our Sirius station (Channel 98).

We’ll still be doing the web show Monday to Thursday and our hour-long audio podcast, The Overdose, on Fridays. 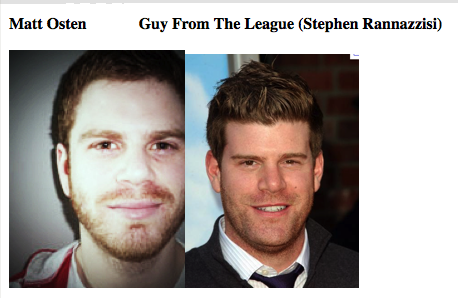 Do you feel partnering with The Score, has changed you and the show’s style at all? Are you more cognizant that you work within a larger entity or is your affiliation and new audience not factor into how you guys develop content?

The Score has been fantastic at watching our content develop from a distance. Having worked with the company for the six months prior to The Jones coming on fulltime, I knew that would be the case. They understand that our tight production team and ability to turnaround videos quickly is not something they should tamper with. We continue to produce the same content, using the same practices, but there are small aspects that have changed – we utilize both the company’s talented staff, and their extensive facilities. Also, Skeets wears nicer shirts now.

Turning things around, if you are somehow installed as a media executive (Yahoo, AOL, Fox, TSN, CBS, ESPN, etc), what changes/new ideas would you look to made in terms of how media companies work with and partner blogs, podcasts, etc?

Blogs and podcasts should own more significant real estate on these companies’ websites. They are quite often an afterthought on splash pages – they just don’t seem to have earned that respect. The most current and up to date info should be front and center, don’t you think? There also has to be better promotion of podcasts and blogs done across platforms within these organizations in order to inform, promote, and bring users in to the future a little more swiftly.

They’ve arrived and The Score’s support, distribution, vision, and forward thinking has everything to do with it. I mean how many bloggers/podcasters have their own Wikipedia page? Everyone involved deserved a lot of credit, but there are also some higher ups at The Score who should be acknowledged.

These guys had worked with Yardbarker and Yahoo and were shunned by major advertisers as well as web video companies like Revision3 (never returned my emails…big mistake). In the end someone it was The Score who went to bat for them and now you are looking at a growing team of full timers who are reaching a MUCH larger audience. Nobody figured out a way to make the show a viable medity entity and now its on the cusp of major notoriety and success. I have no doubt in my mind they’ll continue their success and all parties should feel proud as The Basketball Jones is setting the standard in how mainstream media can provide value to independent media entities.

Hopefully ESPN gets the memo…..