I know a lot of people who are big Twitter haters. Its not every-one’s cup of tea, but I think we’re far enough along to admit this is not going to be a Friendster type flash in the pan. I mean just watching ESPN or CNN is a pretty big indication of how culturally relevant Twitter is.

The merits of Twitter’s value can span many subjects that have been covered at length. A social network, a media platform, a promotional tool, and a real time search engine. All are correct areas in which Twitter provides value.

But one area that really doesn’t get as much pub, is the accountability it brings to individuals and companies. 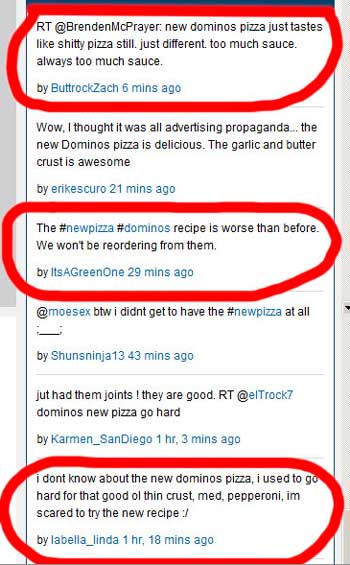 In the past if your company or you individually was drawing the ire of others, those conversations were largely private. Someone might write you a mean letter or email, maybe bitch about you Facebook, or maybe a consumer services website like the BBB or Yelp. Some of this negative chatter could make its way onto a blog although some blogs have little or no readership. Essentially unless a larger media outlet picked up the story, you could keep mum on an issue if you decided to do so. Just wait it out, keep it private, and keep it quiet.

Twitter has changed all that because it’s mostly open and conversations and feedback is public for anyone to see. This is only further intensified by the fact that people can do searches of all of Twitter on any text, name, company, twitter account, etc. If you buy a faulty product and can’t find anything online about how it sucks, searching Twitter may be your best bet to find others complaining and maybe organizing. 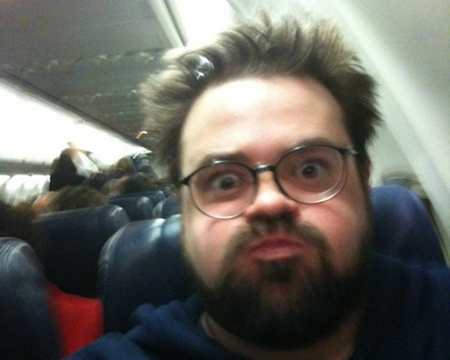 One company that I’ve actually resolved multiple issues with is Quantcast whose corp account is @quantcast.

Quantcast measures Bloguin’s audience size and exposes information about our visitors to advertisers. They’re great and the best thing is that they’re free opposed to some other companies who charge 5 figures for an inferior service. That’s a blog for a different day though.

I can’t really say anything about Quantcast that’s negative because its free and they don’t owe me any level of service or product expectations.

Regardless they’ve been slow to respond to some support cases we’ve had and I felt like giving them a little nudge on Twitter.

In the 2-3 instances in which I’ve tweeted at them, a support person has emailed me within 24 hours and solved our issue within a couple of days.  We had used their support portal, emailed them, and I think even called them. Still though all those conversations are private. Once we had some negative feedback that we aired publically , they tweeted us back to check our inbox and sure enough they were compelled to crack some skulls so we could get any issues resolved. Ofcourse we were very gracious via email and on Twitter for our issues to be resolved.

But this week really stood out in regards to Quantcast as the site had a mini drama bubbling up that seems to have been avoided for now.

The way Quantcast measures audiences is very complex. Breakdowns of visitors per site, per country, per income bracket, gender, etc, are all some of the many things they deliver to us…..for free…..daily.

But of late the updates on our numbers and demographics have not been as regimented and were often delayed to later in the day or in some cases a day or two. I think the main thing that caused some worry is that there is a default “next update” area that always rounds up 3 hours when there is a delay. That is to say that when numbers usually come out at 9am, if that time was missed then it would be noon. If that time was missed, it would then say 3pm for the next update.

Thus a delayed update has you glued to your computer while the issue that is causing the delay may actually be an issue that could take some time to resolve. Imagine if airlines told you no matter what that your delayed flight would takeoff in 3 hours and you got that update for hours and days at a time!

Unfortunately for Quantcast, they fell victim to a week long lack of dates, an unprecedented issue.

With no real explanation or coverage of the suddenly dormant service, people like myself took to Twitter to investigate. Doing a search of “Quantcast”, showed a good amount of people were wondering what was going on. I am not sure it was anger induced, just wanting an explanation as web entrepreneurs like myself really love Quantcast and were just worried.

In fact below is what I tweeted last night after a week of giving them the benefit of the doubt.

There was a lot of similar messages including some from Gawker founder, Nic Denton.

Despite not having any published stories I can find about the problem, the feedback on Twitter was enough to finally get an explanation.

This is what I call pro active PR and Twitter is at the cutting edge of this. Twitter can connect you with your biggest detractors and loudest critics.

You can’t rectify everything, but Twitter forces you to hear them and hopefully acknowledge them. Its easy to lose or ignore an email but putting your head in the sand on Twitter is much more difficult.

On the flip side, someone emailed me 2 weeks back and I dropped the ball on sending back a reply. Today I got a tweet calling me out about getting a response. That individual now has a tweet apologizing for the mishap and a reply because I certainly don’t want any shortcoming to not be rectified as well.

This also opens up a discussion in to who is the person you want manning your Twitter account as it will begin to play a more significant role in your business strategy.