A confident knock on the door followed by a door bell ring. Pop ins by my friends are rare but that’s what my money was on. I was on the phone and passed it to my roommate while I investigated the unexpected visitor.

Lookin through my peep hole I made out the outline of a young attractive female. I couldn’t make out who it was so I opened the door and was immediately pulled into some small talk with the young lady who I had never met before.

My first guess was realtor as they sometimes canvass the area and I’ve ran into a couple of attractive realtors in my neighborhood. Her opening line small talk piece was “I love your Element in the driveway. My roommate has one!”. 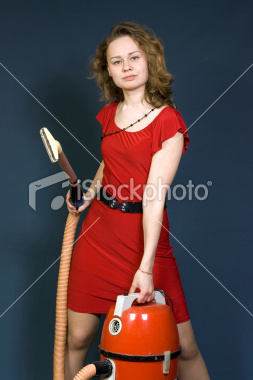 She was spunky and I liked that, but it was not my Honda Element and rather my roommates which I told her. “Well we both have roommates with Elements!” she exclaimed.

She was growing on me as I began to realize the many things we could had common. But what did she want? It was then she dropped the hammer.

These people are NOTORIOUS for  wasting hours of your time, ruining your day/life, and using pushy/shady sales tacticts that overstep bounds. They usually sell vacuums for over $1,000 and try to get you to finance it after watching hours of Billy Mays like demos. Don’t believe me? Click on a link above or just google some stuff. These people suck and unfortunately I have had a couple friend get suckered into this racket.

The staple of the Kirby sales pitch is just getting into the house. Once you’re in, you’ve won half the battle and the war is going to last hours. So here I am at about 5pm with plans in about a hour. I have a good looking young lady at my doorstep (modern day Trojan horse) begging me to vacuum any room in my house for free.

I remember reading and hearing how bad these experiences were and being cognizant of the fact that I am a big pushover.  She just needed to do 25 demos in a day to get paid she claimed and that she would do a great job getting my carpets clean. I was having a Super Bowl get together within 24 hours so this was becoming enticing. Still though I knew that if she got past me there was a good chance I would be late getting out for the night and there was a decent chance I was going to buy a four figure vacuum.

I mustered up some strength and she got a little more pushy as well as flirty and even tried to make a move to get by me to check out the carpet. I held strong and after about 5 more minutes of nicely telling her no, she finally gave up and left.

While our relationship was short, the breakup was bad as she took back all her stuff…. and by stuff I mean the flyer she gave me. Who takes back fliers?

But it weighed on my heavily and I began to second guess my decision. Hot girl, wanting to clean my house,  good rapport, and lots of stuff in common like roommates automobiles. For hours I went through the scenarios and in the end I drafted this flow chart to map out the possible scenarios that could have happened. Follow the lines all of which have %’s next to them for % of likelihood of occurring when faced with a decision. Click Read more to see flow chart as its a little wide to see on my front page.

Let me know your thoughts on my decision in the poll on the side of this blog. If you can’t make out the text just right click on the image and select “view image” to see it in its initial size.