Probably about time I shared this with more folks. Tried to make this concise, but yeah you know me….I can talk if you let me.

In September (hopefully), I’ll be moving away from the Bay Area and to Columbus, Ohio. It’s a done deal, as I’ve sold my place here and bought a place there and am just waiting for my new home to be ready. Why the change? If you really want to know, here you go:

1) This made sense for me professionally.

I really love my work and I think the next natural step would be to be around people I work with rather than everyone working remotely. While nothing is imminent, it’s my hope to make that a reality at some point down the road . With two of my writers already in Columbus and many in adjacent states, this move brings that ambition a bit closer to becoming a reality. It wasn’t going to happen here given the cost of living and office space.

Additionally many of you know sports media is a fun and corky subculture and I’d like to really experience it in a less isolated way with people I am truly thankful to be working along side with. Beyond people I work with, I’ve developed friendships with a lot of people within the content industry who work in Columbus and I’m looking forward to hanging out with more people who create content for a living.

2) I needed a change socially. 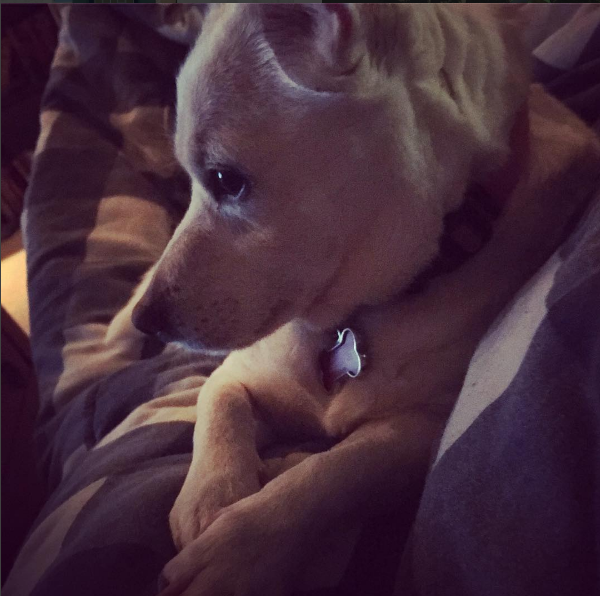 I grew up in the Bay Area. I love it. It’s amazing. But a lot of my social group has trickled out of the area the past few years. Many folks my age are realizing the dream of home ownership is not really within reach out here and have opted to look at alternative places to put down roots. On the flip side, those who do own their home and are doing quite well in the tech space here, are realizing the dramatic upswing in the housing market has afforded them the opportunity to evaluate relocating.

Essentially a lot of people can cash out, buy a nicer/newer place somewhere else, and maybe even have one person move to being a full time parent. Silicon Valley is a grind and a lot of people are opting to not grind it out if the right opportunity pops up elsewhere. I’ve been basically going to a going away party for someone I know 2-3x a year for the last 3-4 years. My once robust social circle was contracting, the bench wasn’t getting replenished, and as a pretty social dude who lives by himself and works from home, I started to realize a move would probably benefit me too. Beyond people leaving, I admittedly needed to find some people a little less situated in life and still with some ambitions to pursue tom foolery beyond wine centric couples dinners while the babysitter tends to domestic affairs.

3) The Bay Area became less ideal for me.

This could be it’s own long thing but the Bay Area has changed……. a lot. Lot of people priced out of the area. Lot of tech folks (who I generally get along with but in aggregate the blend of the people you meet here has changed considerably). More traffic. So much traffic. Traffic sucks.

Lot of great bars and restaurants closed down because of new development and or higher rents. Increased homelessness and a larger gap between those who spend money in the area and the folks who do a lot of the non tech work serving the needs and services for those who are thriving out here. I think one thing that really stuck out to me is given I have friends in SF, San Jose, Oakland and everywhere in between, it really became impossible to just spontaneously plan something. You can’t call someone at 6:15 pm and go “let’s grab a beer and a bite” because they could be 60 miles away and with traffic and parking, it’s not really feasible. You pretty much just go to scheduled events and hang with your significant other who in my case was my pup. Bleh. Too boring. I don’t know what “my scene” is, but less and less I didn’t feel like it was here and on that note…..

People don’t know shit about Columbus and god forbid anyone move to the midwest away from the west coast. I’m not going to belabor this because I don’t have to sell this to you and there are plenty of national publications saying this, but Columbus is pretty cool. It’s larger than you think (14th largest US city…..no seriously). I got into an argument over the weekend that it has a NHL and a MLS team (it does).Hamilton is coming to Columbus in 2018 and no, they will not be playing in a barn. From a recent AP article.

“Columbus has become a hipster hangout, young and vibrant with a sizable population of millennials, tons of fun bars, restaurants, craft breweries and coffee roasters, a burgeoning arts scene, a huge fashion and design industry and expanding acres of green space for biking, running or just soaking up the sun.

Columbus ranked highest in the Midwest for visitors satisfaction in a 2016 J.D. Power study and in 2015 TIME magazine ranked Columbus third on its list of “Best Cities for Millennials,” who make up about 26 percent of its population. The Ohio State University adds to the youthful buzz giving Columbus one of the highest per capita student populations in the U.S. And plenty of those students stay after graduation to take advantage of job opportunities and an affordable cost of living. They’re hooked on the city’s friendly, low-key lifestyle that earns Columbus its reputation as “Biggest Small Town in America,” though its population tops 800,000.

Visitors find plenty of ways to soak up the city’s new energy. In the evening, head to the Arena District, arenadistrict.com/, built around downtown’s Nationwide Arena where the NHL’s Columbus Blue Jackets play. You’ll be awash in a young crowd frequenting its bars and pubs.”

It’s a young city and lots of areas are bursting are packed with young professionals which I dig. It’s on the upswing but pretty much all cities are as young people look to get out of rural areas but I’m pretty sure Columbus has been outpacing that macro trend.

It’s got a GREAT nightlife scene, foodie scene, arts scene, and yes the Buckeyes are there and I’ll certainly enjoy following them across a few sports.It’s VERY easy to get around. My last two trips, I’ve really loved the various neighborhoods and places I’ve gone spanning German Village, Grandview, The Brewery District, Clintonville, the campus area, the Arena District, Italian Village, and the super trendy and fun Short North which I’m more smitten by than any other nightlife district I’ve been to. Of all the new places I’ve gone in the last 5 years across here and places I’ve visited, I think the majority of my favorites were places I’ve gone to in Columbus the last two times out there. Lot of cool spaces and places and great service.

Yes it’s a red state (for now) but the Columbus area  is almost as blue as  it is out here. I’ll do what I can. No promises.

From where I’ll be living (the Grandview Yard), I can be in one of a half dozen cool trendy locales with fun things to do in 5-10 minutes. Beyond all the good stuff going on there , I still have a few dozen friends there and a lot of them are still getting into trouble which works for me.

I considered a few other cities (LA and Austin), but this felt right. Particularly the SUPER nice and new grocery store right by my place having a craft beer bar inside and generally being filled with people between 25 and 40 at all hours was a reassuring sign I am making a smart choice. Honorable mention to the gay realtor day drinking who introduced himself after hearing I was moving here from the Bay Area. He and his partner moved here from San Francisco 5 years ago and says he doesn’t miss at all and they love it here and also that the place I was buying was a really really really great location.

I’ll miss the weather and some other unique things to the Bay Area. It’s beautiful here. We take the weather, the nature, and all of the cool shit around us for granted. I’m guilty of that too. It’s also going to seem really dumb and uncreative that I’ll have one of 150,000 dogs within the 270 named Brutus but I’ll deal.

I hope to avoid a few weeks out of the year away from the heat and the cold, so you’ll be seeing me and you’re all encouraged to visit (except for Joe).
So that’s that. If you’re around here, let’s certainly hang before I leave. If you’re out there, get ready. If you’re someone random reading this, I highly suggest Master of None if you haven’t watched it opposed to reading me ramble on but I certainly do appreciate you stopping by.